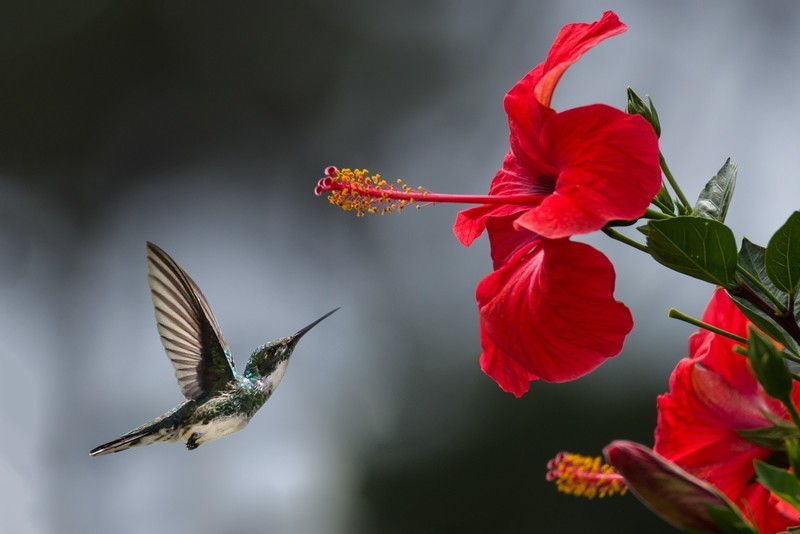 ​​These past two weeks have been sad ones for me, as my mother died on January 22nd.

One of my cousins read from my mother’s memoirs at the funeral. My mother wrote them many years ago and gave them out to all family members. This 9-page document covers mostly her early years, up until she got married.

It is with my mother’s death in mind that I thought I’d present a 5th post on memoir-writing. If you haven’t yet read the first 4, you can get them here, here, here, and here.

Use literary devices for memoir-writing

Just as with “regular” nonfiction, and of course with fiction, you must make your memoir interesting. Use the same literary devices you’d normally use with your other writing.

Always employ description when you are writing, whether in your memoir or another form of nonfiction, and of course in fiction. I’ll use unedited excerpts from my mother’s memoir to illustrate the following description tools.​

If you take my course, “Wake Up Your Prose: Description Unpacked,” you will enjoy 9 modules – plus a bonus module – which cover all these description tools and more.​ Watch for more information about the course in the weeks ahead, or sign up here to be the first to know about when it goes on sale.

When writing down a memory, describe scenes, scents, and sounds, tying them in with what you were feeling at the time. Certainly, you can Tell sometimes, and your insights about either a person or an event will be appreciated. Just give an example or two to go with your commentary. Here’s a poignant Tell memory from my mother’s memoir:

[During the Depression,] our parents were very involved politically and worked to help raise funds for charity…. They went out to meetings almost every evening and I remember feeling lonely at those times.

In a nutshell, these three description tools use something known to the reader in order to explain something unknown to him or her. The trio are a real powerhouse. ​

Avoid using cliche in analogy, metaphor, and simile (“He’s a big as a whale”; “We had a whale of a time”; “She’s the whale of the Fisch family”).

My mother made perfect use of analogy retelling the story of receiving a big, expensive radio at the height of the Depression:

​In the summer of 1935….​ a delivery man [brought in] a brand new stand up floor model Philco radio for us…. The only way I can describe the enormity of this in my nine year old mind is that it could be compared in current times to winning the lottery or getting a theater size TV screen installed in our home.

With a simple sentence or two, you can give a lot of information without crowding your memoir with unnecessary noise. Most people don’t want to read about your mother’s cousin’s great-grandmother and what she ate for breakfast – unless the focus of your memoir is the eating habits of your relatives and how those habits evolved over the years. By the way, this is a legitimate angle for a memoir.

It wasn’t my mother’s, however. She used the Depression as the background for her growing-up years. Afterwards, she describes different vignettes in light of this short backstory:

​The early 1930’s was a terrible time in this country, and in the world for that matter. The Depression affected almost everyone, and making a living was difficult if not impossible.

Toward the end of the memoir, my mother sets up her readers for hearing about the deaths of her parents and two of her siblings. I’d call this foreshadowing, as it is a statement rather than a memory:

​Life unfortunately also includes death, and that kind of loss we all bear differently.

You might think your memoir doesn’t lend itself to dialogue, but for argument’s sake allow me point out that you’d be surprised how many types of prose can be enhanced with dialogue. It’s not just for novels.

Dialogue makes a story come alive. It’s a wonderful device for biography, as it makes what could be dry facts more interesting. Although it’s almost impossible to reconstruct a conversation word for word, if you remember the gist, the tone, and the goal, you’ll be able to write a good facsimile.

One of the subscribers to this blog hired me to edit his autobiography, and his use of dialogue was outstanding. It enhanced what was already a fascinating book. I highly recommend employing dialogue in your memoir if at all possible.

My mother’s memoir has no dialogue, but she does mention a conversation between her and her brother when her sister was born. After he relayed the news from their father’s phone call that the baby was born, my mother wanted to know if it was a girl or a boy, and he answered, “I forgot to ask.”​

Respect your point of view

Remember that the angle and tone of a memoir, as well as the memories themselves and their interpretation, will be different for each writer, even when the same event is being described.

For example, my mother describes her first 7 years in Denver holding the “premium position” of youngest member of the family. Later, she reports that in Los Angeles​ during the Depression things were more complicated, with a baby sister to take care of and two working parents. She mentions a hands-on mother and Saturday outings when she lived in Denver, while she emphasizes hard work and an unselfish, special spirit permeating the house in Los Angeles.

On the other hand, my aunt (the baby sister) is an absolute font of memories about my grandmother’s sterling qualities and the wonderful things my grandmother did for her as she was growing up in Los Angeles.

My late uncle once said that the family didn’t keep the Jewish dietary laws “because we couldn’t afford to,” while my mother used to say, “We always had enough food.” Her first cousin, however, once confided to me, “They were so poor during the Depression that they didn’t have enough to eat.” Personally, I don’t know who was right, and there might not be only one right answer. If my uncle and my mother’s cousin had written their own memoirs, they would have written about Depression-era Los Angeles as they experienced it. My 8-year-old mother might very well have ​had enough food, while perhaps her cousin thought that being served, say, one piece of chicken instead of two meant destitution.

The important thing for you as the memoir-writer is this: Tell the truth as you yourself experienced it.

I’d like to close with an excerpt from Anne Lamott’s outstanding book on writing,​ ​Bird by Bird:

​Life is like a recycling center, where all the concerns and dramas of humankind get recycled back and forth across the universe. But what you have to offer is your own sensibility…everything we need in order to tell our stories in a reasonable and exciting way already exists in each of us. Everything you need is in your head and memories.